Say hello to the staff at Riverstone Church Austin Delgado began serving at Riverstone in the fall of 2014. He has a strong passion for evangelism and outreach, which is evident in his interaction with the world around him. He is developing within our people a heart for what God is doing around the world and mobilizing our church family to effectively advance the gospel beyond the walls of our church. Austin formerly served with the House of Adonai in the Kensington section of Philadelphia. Prior to coming to Riverstone, Austin served as Executive Assistant to the President at CAMP-of-the-WOODS in Speculator, NY and as a paralegal in Hackensack, NJ. He completed his Master of Divinity degree at Cairn University and has a B.A. in Criminal Justice from Rutgers University. Austin and his wife Davia currently live in Trenton, NJ with their daughters Aliyah and Selina. Tom loves basketball and has served as Team Chaplain for Cairn University’s basketball team for the last five years.

Tom Allen has served as the Teaching Pastor of Riverstone since July 2005. His passion for preaching comes out of his belief that relevant, Christ-centered teaching promotes spiritual growth and points people to Christ. He focuses on expository preaching, verse-by-verse teaching through books of the Bible, that ensures believers get the whole counsel of God and not just certain topics out of balance. Tom believes that God has gifted all believers for the work of the ministry, and therefore a high priority of the local church should be to help people recognize their gifts, develop them and be trained for the work of ministry. Tom’s love for the Lord is exhibited in his gift of evangelism and desire to share Christ with all who will listen. Since 1992, Tom has been serving full-time as an Associate Professor in the School of Divinity at Cairn University. He is an alumnus of Cairn and holds a Master of Theology degree in New Testament from Dallas Theological Seminary. Tom and his wife Tammy live in Langhorne and have three grown children. Fun fact: Jeremy enjoys competing in obstacle course races and has had the privilege to share the Gospel of Jesus in 12 countries.

Jeremy McAlack began as Pastor of Youth and Young Adults in January 2015. He is a graduate of Cairn University where he earned a Master’s degree in Organizational Leadership and a Bachelor’s degree in Bible with a major in Youth Ministry. He has a heart for the youth and reaching out to the community and the world with the love of Christ. His desire is to help youth and families cultivate an undying love for Jesus Christ, a passion for God’s Word and an eagerness to serve others. Jeremy and his wife Emelie live in Morrisville with their son Everett and daughter Addilyn. 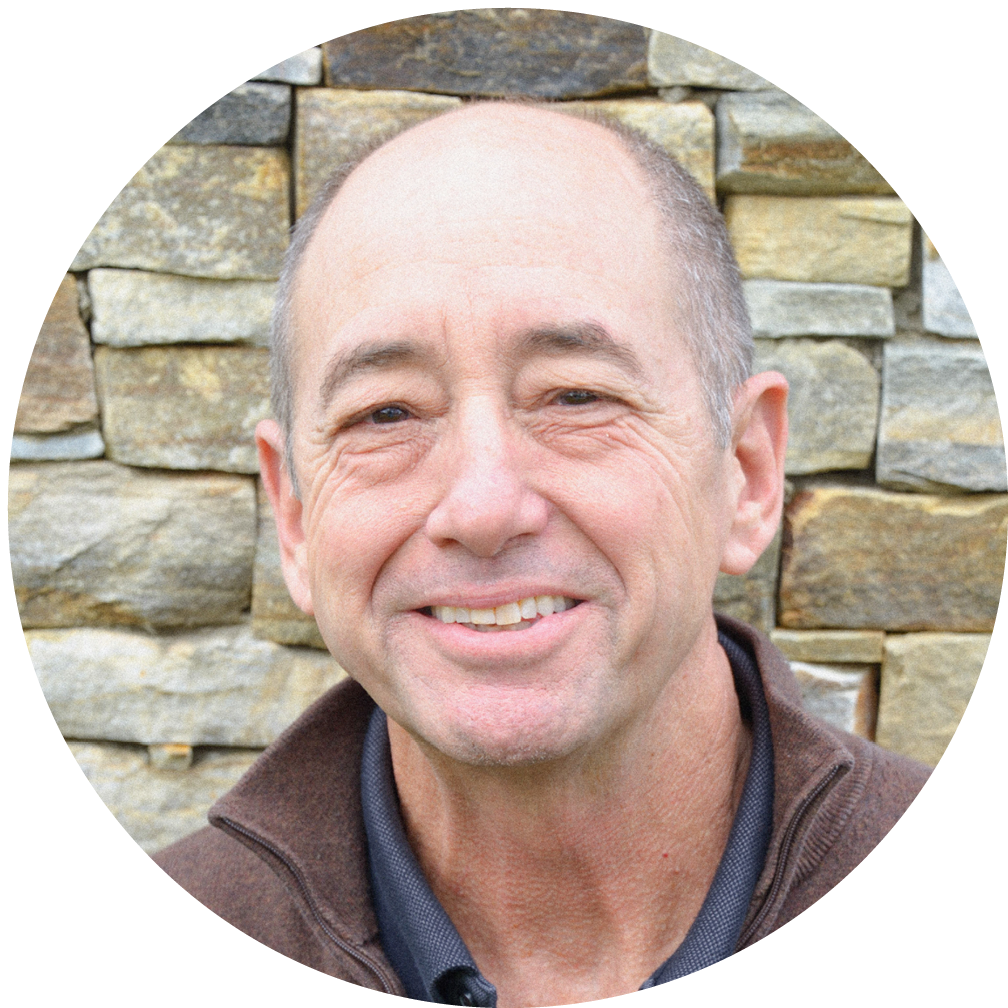 Jeff Eubank and his wife, Susan, have been attending Riverstone since 2013. He has volunteered at the church in several areas over the years including being a member of the Finance Team. For nearly 14 years Jeff had worked as Controller and Director of Business Services at Cairn University, and when the new role for Director of Operations at Riverstone was announced in 2018 he applied and joined the Riverstone staff in January 2019. Jeff has an MBA from Cairn University and is an adjunct professor there. Originally from Virginia, he became a “northerner” about 25 years ago when he and his family moved to Philadelphia. Jeff has five children and five grandchildren. He and his wife Susan reside in Churchville, PA. 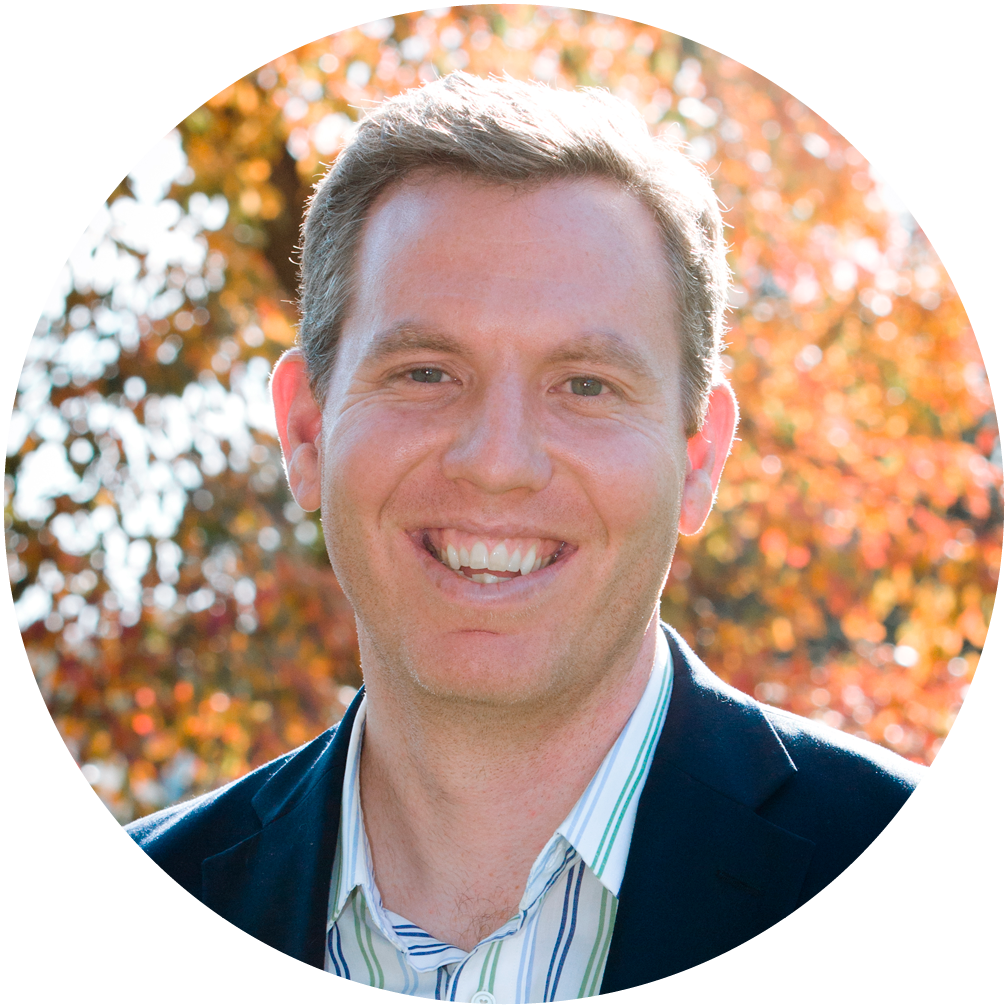 Benjamin Harding has been serving as Riverstone's Director of Worship Ministries since October 2015. Benjamin also serves as the Dean of the School of Music at Cairn University, where he teaches piano, music and worship, and church history. He holds a Bachelor of Science degree in Bible and a Bachelor of Music degree from Cairn University, as well as a Master of Music of degree and Professional Studies Certificate from the Manhattan School of Music and a Doctor of Music Arts degree from the University of Maryland. Prior to joining the staff at Riverstone, Benjamin served as the Director of Music Ministries at Evangelical Presbyterian Church (PCA) in Newark, DE. He and his wife, Marji, live in lower Bucks County with their four children. 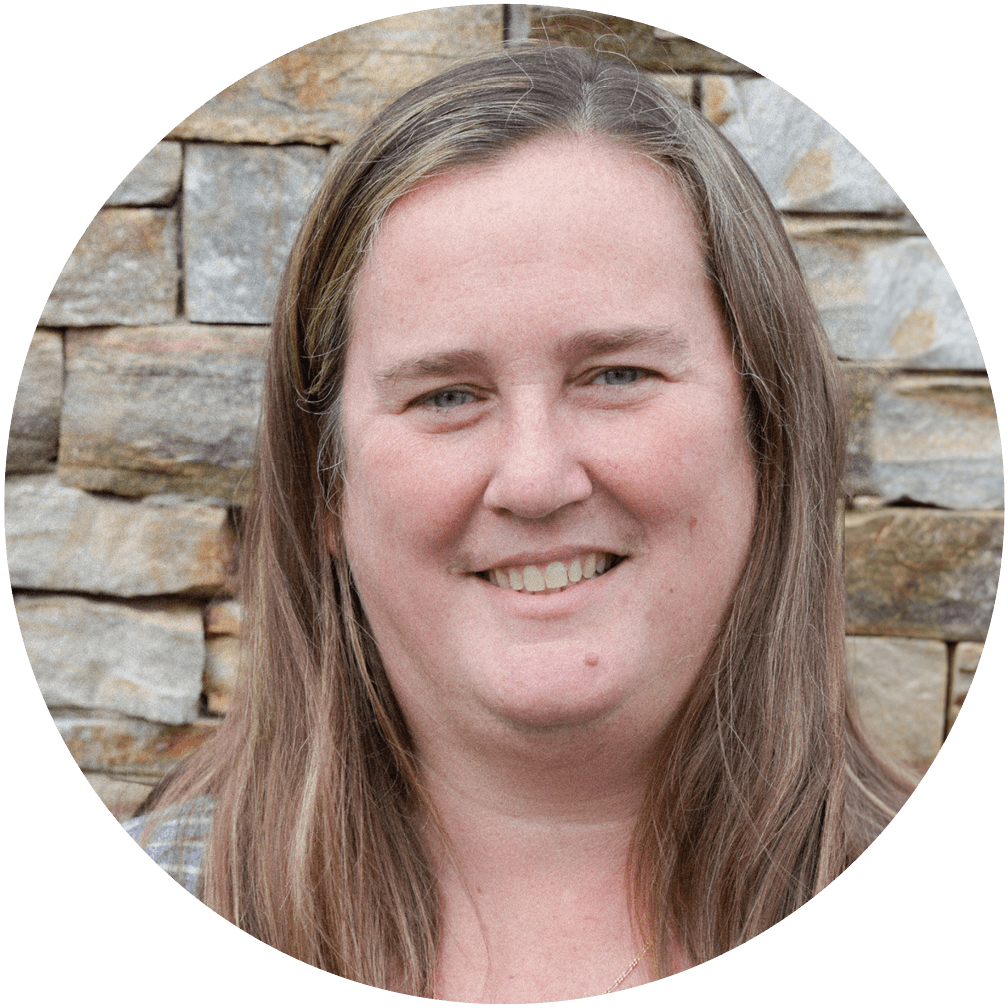 Fun Fact: Janet spent three months in Bolivia, South America on a mission trip. In addition to working and sharing her testimony, she also mowed the lawn with a machete and threw a dozen cupcakes in the outhouse “hole” to hide that she burned them.

Janet Miller and her husband, Scott, came to Riverstone in 2002. In January 2012, Janet joined our staff as Director of Children's Ministries. Janet began a relationship with Jesus Christ as a young child and has served the Lord in various ministries before beginning this position. She has a heart for children and their families and wants to encourage both in their walk with Christ. Janet has a B.S. in both Bible and Elementary Education from Cairn University. She also received an M.S. in Education from Cairn. Before joining our staff, she spent five years at home being 'mommy'. Prior to that she taught elementary school for 13 years. Janet was born and raised in Newtown, PA and now lives there with her husband, Scott, and two children. Fun Fact: In her free time Erin enjoys making signs and shirts with her Cricut.

Erin Smith and her husband, Ted, started attending Riverstone in 2006. In April 2019, Erin joined the staff as part-time Ministry Assistant for Children’s, Youth & Young Adults, and in August 2021 accepted her current position. Over the years Erin has served with Riverstone Preschool Moms Ministry, VBS leader, various children’s ministries. Erin has a Bachelors in both Social Work and Bible from Cairn University. Erin was raised in New Jersey but after meeting her husband at Cairn University she moved to PA when they got married. Prior to joining our staff she was a stay at home mom to their 4 boys for 15 years. She and her family reside in Levittown, PA. 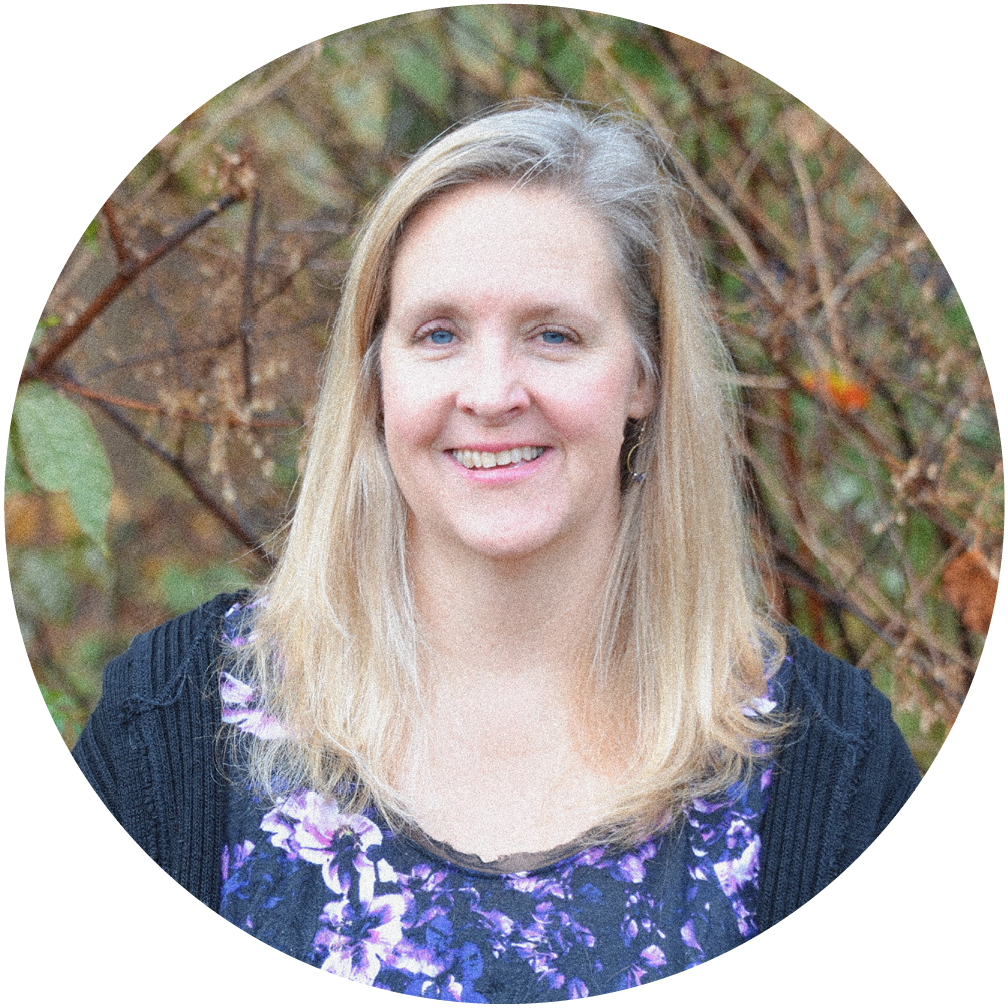 Fun Fact: Nancy has dual citizenship–USA and her country of birth, Ecuador!

Nancy Anderson joined the staff at Riverstone in the spring of 2011 to fill the role of Financial Administrator. Her primary responsibilities include providing support to the Director of Operations and to the Financial Secretary. Her background includes bookkeeping, office management and technology. Over the years, Nancy has served at Riverstone Church in many areas, mostly with children. Nancy grew up on the mission field in Ecuador and was blessed to have parents who introduced her to Christ at a young age. She and her husband, Rich, currently live in Ewing, NJ, with their two children.

Tracy was born in South Africa and grew up in rural Zululand.

Tracy began serving at Riverstone Church, as a ministry assistant in November 2021. Tracy and Brad have 3 adult children and have lived in Yardley, since moving to the US from London in 2005. Tracy has been involved in children’s and prayer ministry for over 25 years. The last 5 years she has worked supporting a parenting ministry, based in NJ. She has a passion for prayer and seeing God at work in the lives of others. Tracy and her family love the outdoors and enjoy biking, hiking and kayaking and you can often find them cycling the canal paths. Fun fact: Cheryl met her husband while working at a local pizza parlor during her high school years.

Cheryl Geer began serving at Riverstone Church as part-time Ministry Assistant in August 2021. After moving from the foothills of Los Angeles, California to Bucks County in June 2021, Cheryl and her husband Mike began attending Riverstone Church. Cheryl was looking to serve the Riverstone Preschool Moms ministry when she learned about the part-time office position. With her 19 years office experience in a CPA firm and another 12 years in the offices of a small university, she had the right skills to contribute to furthering the Gospel with Riverstone Church. Cheryl and Mike have been married since 1988, and they have two married daughters and two grandchildren; one family is here in Bucks County and the other family is in LA. Cheryl has a hunger for Bible study, including learning about the history and the people who came before us in Christ. She also enjoys spending time with her family, exploring her new surroundings and serving her community. Fun Fact: Tracy's longest summer vacation was a 6-week cross country road trip with her family in a van, pop-up camper and canoe.

Tracy Wishart joined the staff of Riverstone in a part-time role as graphic designer in the fall of 2009. In 2017, her position grew to help with administration as well. Along with ongoing work on the church’s website, Tracy uses her gifts to prepare ministry brochures, flyers and other publicity materials as requested by the staff. She earned a B.A. degree in Graphic Design from The College of New Jersey in 1991 and since then has enjoyed working in the graphic design field in full-time, part-time and self-employed roles. She lives is Souderton, PA with her husband Walt and mother and has three children. 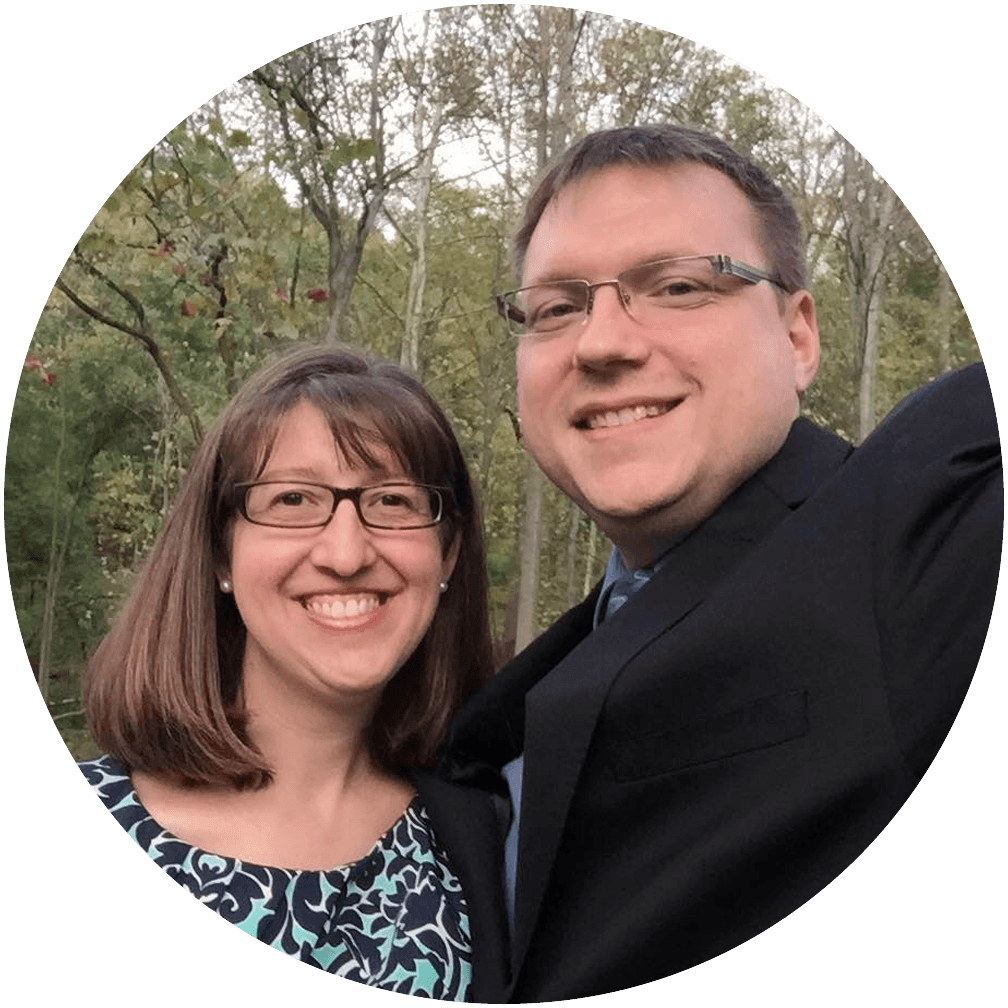 Fun Fact: Christie is hiding in the AV Booth on many Sunday mornings running the worship slides.

Christie Williams began attending Riverstone church in the Fall of 2009 and joined the staff in 2015 to serve in the role of part-time Ministry Assistant of Worship. She has served on the A/V team since 2012 and has also served in the church nursery, a women’s Bible study leader, as a MOPS childcare worker and has also served in many leadership roles for Riverstone Preschool Moms. Christie and her husband, Andy, met at Indiana University of Pennsylvania where a Calculus 2 class brought them together. They reside in Bucks County with their two energetic children. Their family’s current favorite worship music is anything by Shane and Shane, with the most popular request of “Happy Day”. Fun Fact: Walt is retired from the US Postal service and is a master re-purposer of used but in good condition items.